It’s one of the best ways to kick start your morning and a great way to unwind towards the end of the day. We tell you the secrets to making great coffee and also throw in

plenty of interesting and helpful facts, tips and advice….continually updated. Grab a cup and have a read.

THE PERFECT CUP OF COFFEE

We know you love your morning coffee but have you ever stopped to really think about that beautiful brown nectar you enjoy so much? Probably not, even if you’re one of those irritating ‘morning people’. How does it go from bean to cup? What’s the difference between bean varieties? Does it really make a difference where it’s from? We’re hopefully going to answer all these and more, as well as the all important one: why does it taste so good?

Once your cup of morning Joe hits your brain, a whole host of chemical reactions produce that livening effect, or coffee buzz, we all love. While the exact processes are not fully understood, there are a few things we know about how coffee affects your brain. What caffeine does to the brain in effect is block the receptors that would otherwise link with ‘sleepy’ chemicals. In short, caffeine doesn’t stimulate, it suppresses. As well as caffeine, there are two other minor drugs present in coffee, which are even less well understood than caffeine. 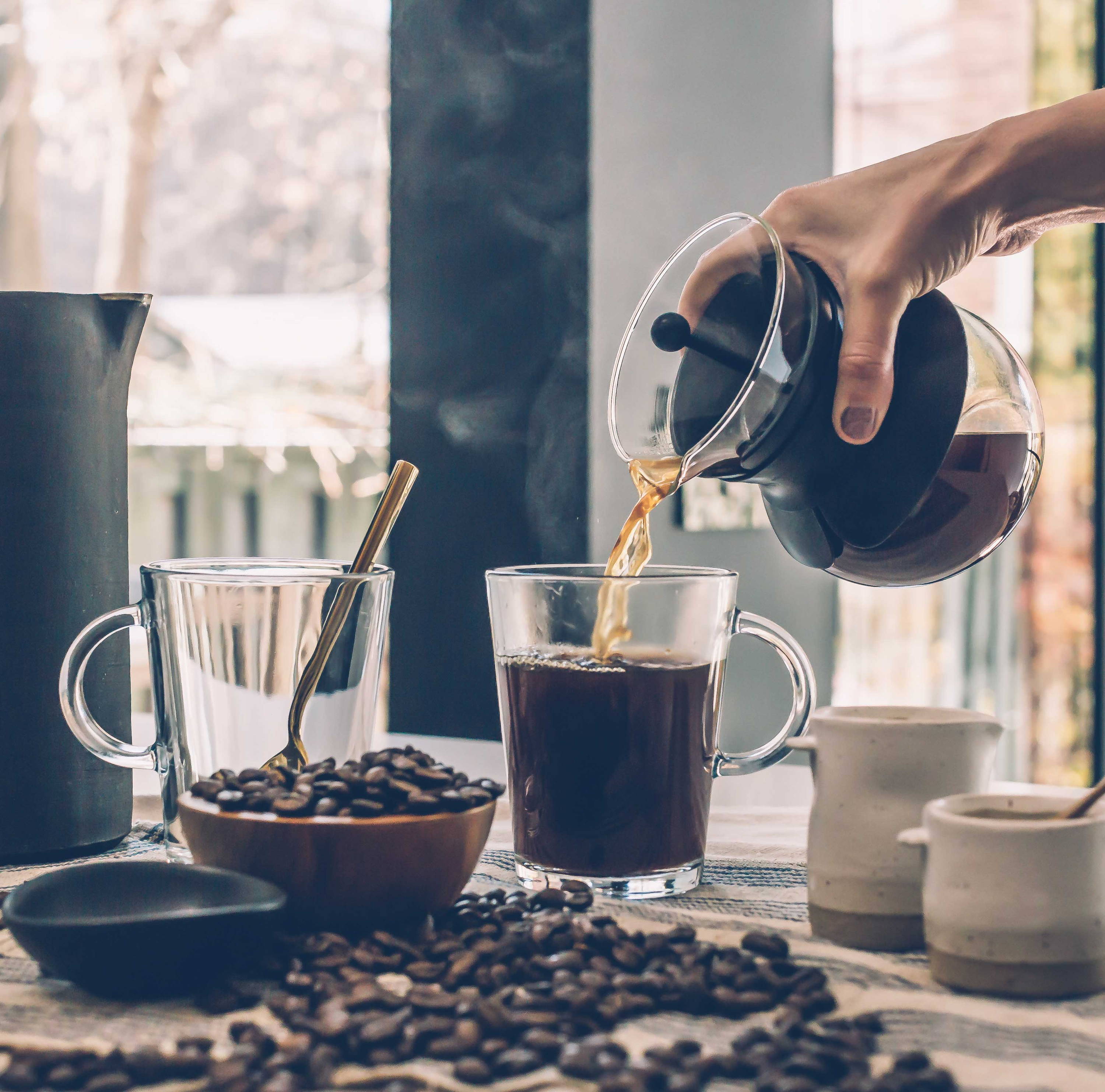 There are two main types of coffee bean: Arabica and Robusta. Arabica accounts for over 70 per cent of coffee production in the world and are considered the best beans for coffee. This, combined with the relatively demanding growing conditions, means that Arabica beans are the most costly. Robusta on the other hand is far easier to grow and produces significantly more caffeine per bean. That said, you’re unlikely to encounter it outside blends and instant coffee.

Within the ‘bean belt’, the latitude at which almost all the world’s coffee is grown (between the tropics of Cancer and Capricorn), there are three main coffee production regions. Here is a quick run down of the variations in flavour:

Obviously, this is a massive generalisation, and each region within those areas produces varying degrees of strength and flavour. In addition, storage, roasting and aging can affect all manner of elements. In fact, some of the more sought-after beans in the world come from Indonesia, where storage plays a significant part in the unique flavour of the final cup. 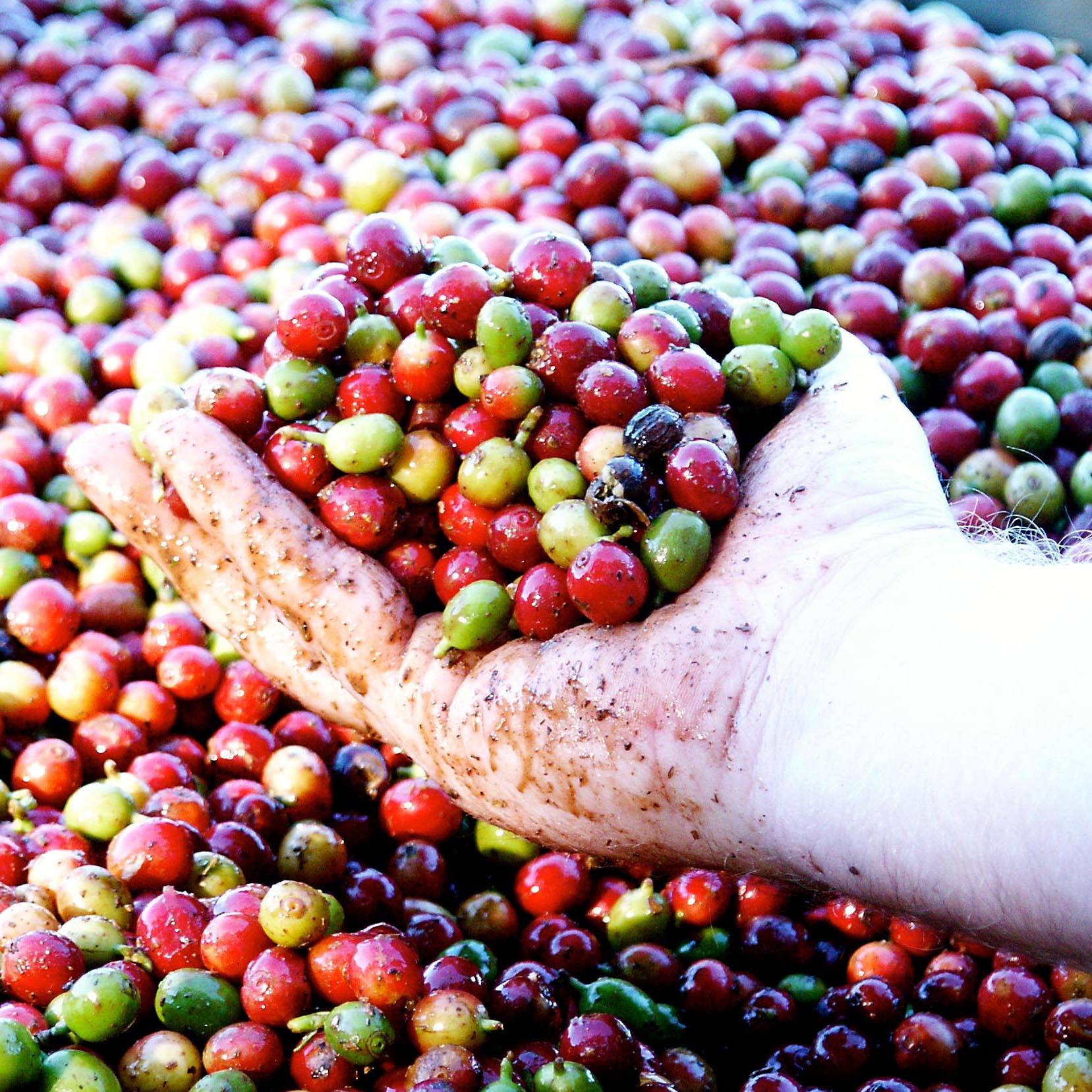 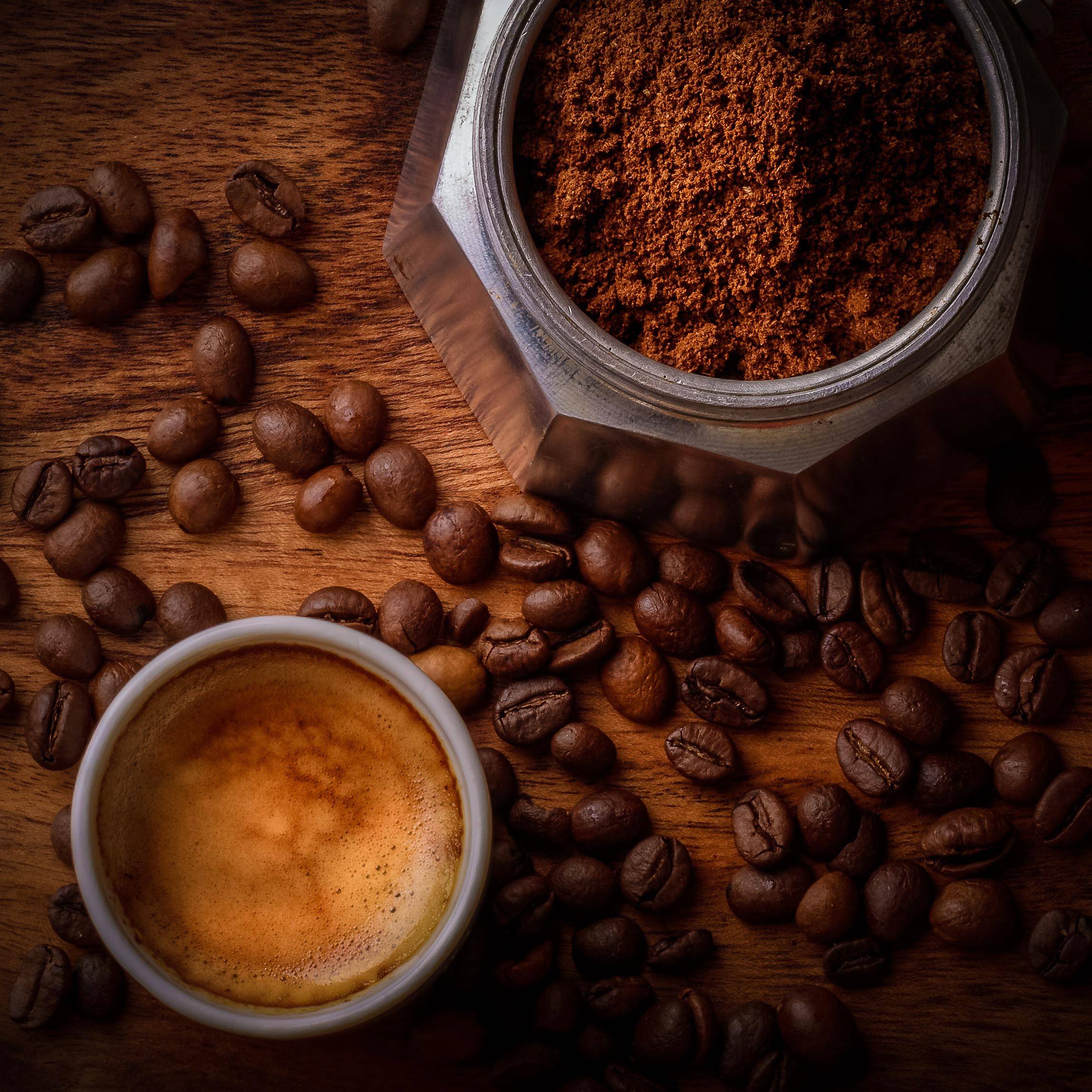 WHAT MAKES THE PERFECT CUP OF COFFEE?

So, regardless of the type of coffee you like or want to make, it’s important to know a few rules about how to treat and brew your coffee. If you’ve ever had a really, really bad cup of coffee, you’ve probably been to an establishment where they don’t clean their equipment. The difference just a few grains of old coffee can make to a cup is incredible, so use hot water after using your equipment to rinse off the used coffee grounds, then again before your next use. This is the most common cause of genuinely bad coffee.

If you find your coffee is a little too acidic, or bitter, you may be over-extracting. This can be caused by a number of factors, such as too finely ground beans, over exposure to water, or the temperature of the water. To avoid over-extracting, use larger grounds, limit your coffee’s exposure to water to five minutes and keep the water at between 195-205ºF (90-96ºC). On the other hand, if your coffee tastes needs more oomph, try finer grains and increase the exposure time of the grounds.

HOW TO SERVE THE PERFECT CUP OF COFFEE

Coffee should always, always be served fresh. The fresher the better. This is an unavoidable fact. In fact, one of the key determining factors in a good cup of coffee is freshness. Fresh beans, freshly ground and freshly served offer the best base for a great cup of coffee. However, there are a few things you can do to enhance your enjoyment of any cup at any time of day.

The coffee houses’ interest in cocoa power is not purely aesthetic. If you notice, cocoa power is not often used with short coffee drinks, or those without milk. Cocoa powder itself is a little bitter and if used with a straight shot of espresso, it can make the drink too acidic. However, combined with milk, the acidity and fat content of the milk balance with the richness of the coffee to provide a more fulfilling flavour.

A glass of cold water with coffee can aid digestion as well, particularly in the morning. This is because the stomach and digestive system work better at body temperature. Heating your stomach with hot coffee is not great for the digestion, just as drinking lots of cold beer with a meal wont help you digest your food. 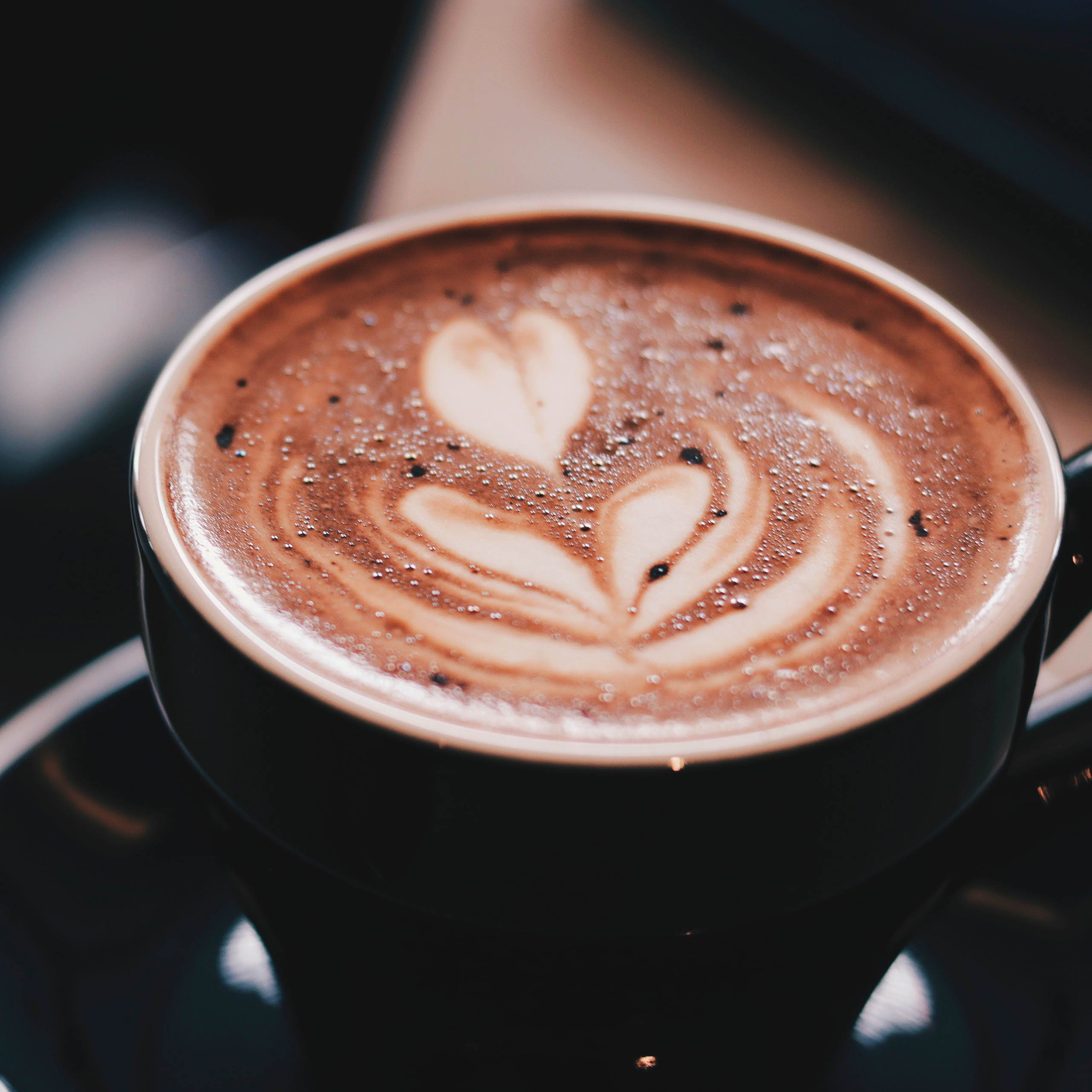 A BIT ON THE SIDE?

We all have the perfect addition to our coffee, whether it’s a newspaper, a great view or a double chocolate brownie. However, some great nibbles have been created around this fantastic drink to enhance the flavours of both the drink and the snack. Biscotti, the classic Italian biscuit was tailor-made for coffee and can add either richness or a tart fruitiness to your cup, depending on which type you prefer. Alternatively, try a tip from the Scottish and nibble a little shortbread with your cup. The richness of the butter biscuit can be sublime, especially if you’re looking for a warm, comforting mouth feel.For an alternative spin on your morning coffee, why don’t you try adding some coconut oil to your mug. The result is a healthy and energising drink that will help you through your morning.

IRISH THAT UP FOR YOU?

Then, of course, there is booze. Alcohol has been a favourite to add to coffee ever since the drink’s creation. However, a great boozy coffee is all about flavour, as well as buzz. Try balancing richer coffee with less powerful drinks, and vice versa. Indeed, next time you have a summer barbeque, why not try creating some great boozy iced coffee openers to really get the party started. What is coffee brewing? There are two modes of coffee extraction: decoction and infusion. All coffee-brewing methods employ one or... Coffee History – The Growth of the Brazilian & Colombian Coffee Industries

The mass consumption of coffee which began in the 1800s went hand in hand with a growing but chaotic world... Coffee History – The Rise of The Coffee House

With the spread of plantations to Brazil and other parts of South America, an age of coffee abundance was started...